Chiappetta opened her den of delectable temptation 20 years ago in historic Hatt Building on the Napa River. A native of Connecticut, who studied culinary arts in Cambridge, Mass., she had worked at bakeries on the East Coast before being drawn to Napa Valley in 1990 to work at Table 29, a restaurant located where today’s Bistro Don Giovanni is.

She stayed on, making desserts and breads, when Donna and Giovanni Scala opened their restaurant in 1994, and then went into business on her own, baking at 4 Kitchens, a commercial kitchen in Napa.

Her first hit was brownies, which she baked for local roasting companies. From there, her business kept growing, until she had the opportunity to open her own shop.

“I didn’t have any business education — and it showed,” Chiapetta admitted, with a grin. Nonetheless, working around the clock, she kept her fledgling business thriving and growing. Today, Sweetie Pies’ products are distributed throughout the Bay Area, and special orders — they’ve become known for their cakes — keep her staff of 30 humming.

Sweetie Pies has garnered national publicity as well: TV chef Rachel Ray loves Chiappetta’s pumpkin pies, and the Deen brothers, Jamie and Bobby, from Road Tasted, were taken with her grape pie. “Although we don’t make it anymore,” she said, “we used Cabernet grapes and with those seeds, it was really a pain.”

One of her first, best supporters, Chiappetta said, was the late Harry Price, the Napa businessman who developed the old Napa Mill, built in 1884 by a Captain Albert Hatt, into a stylish complex, housing the Napa River Inn, along with restaurants and shops, including Sweetie Pies.

“He was the sweetest man, ever,” Chiappetta said of Price, who died unexpectedly on Feb. 12. “He treated me like a daughter. He was everyone’s champion, always, and he did so much for the community. I miss him every day.” 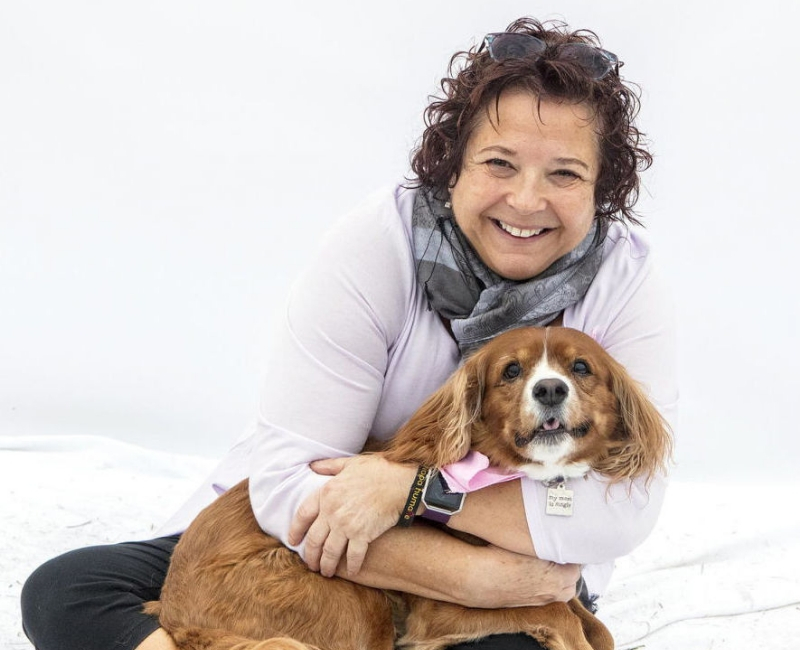 “I never dreamed it would be this big,” Chiappetta said, leading a tour through her shop, filled with locals having a coffee, and visitors from the Napa River Inn, who receive vouchers for breakfast at Sweetie Pies, which is decorated with local art and vintage cookware.

This was not, however, to diminish from the pastry case, which holds scones, muffins, croissants, cookies, bear claws, and cinnamon buns; the list goes on and on and includes specialty items — you can order Twinkies.

The back rooms were filled with people frosting cakes, assembling moon pies, and filling lunch orders.

With the help of her loyal long-time helpers, Chiappetta is not baking seven days a week, as she once did and she is even pursuing other interests.’ I have my first dog as an adult,” she said. She and Nellie were part of last year’s March for Animals.

Also, because her staff “is letting me take days off,” she said, she is pursuing a new, old interest: singing. As a student, she said she studied music and joining Sing! Napa Valley inspired her to take music classes again at Napa Valley College where she joined that choir too.

Singing will also put her in the mood for the upcoming BottleRock, where Sweetie Pies has a stand each year. Typically the months ahead are a busy season for cakes, what with graduation, Mother’s Day and weddings, but for BottleRock she plans a menu inspired by her bakery’s name: It’s all pies.